Matt started his career in journalism as a radio reporter in Lancashire more than 20 years ago. Over two decades his work has taken him to Hong Kong to document the hand over of the colony, to the golf courses of the Costa Del Crime on the trail of a playboy fraudster and to America as he traced the gun running supply route that brought weapons onto Britain’s streets. A law graduate turned journalist, he now specialises in long term investigations. It was Matt’s work with analysts at the Lancashire Science Services that led to his recent exclusive on how horse meat had made it onto the school menu. He’s worked for both the BBC and ITV and currently brings his stories to the viewers of Granada Reports. He is the current O2 Broadcast Journalist of the Year, ITV’s Correspondent of the Year and was part of ITV’s BAFTA award-winning team for its work on the Morecambe cockling tragedy. He has also won numerous Royal Television Society Awards.

Favourite book: I have children so I never read for me anymore but I do love reading Stickman by Julia Donaldson to my boys. 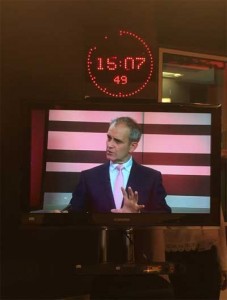 Which living person do you most admire: My father. He built a 35-foot steel boat from scratch and sailed it around France because he liked the sea.

What did you want to be when you were growing up: An architect

Most memorable interview: Tony Blair before second election landslide – he laughed at me when I told him to worry about the Lib Dems.

Most extravagant purchase: Eating out too often

We also work with business leaders and public sector professionals to deliver a range of media services. Click here to access our sister site.